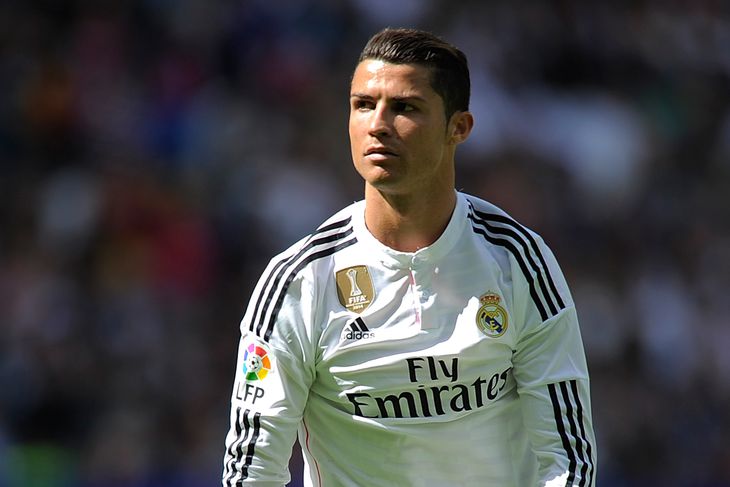 Is Cristiano Ronaldo undergoing Ozone therapy to recover from …

In Cristiano’s case, the injection of Ozone will be made directly into the patella tendon and increases the amount of oxygen delivered to the …

As we’ve mentioned in previous articles, players are always looking for something different when it comes to helping them recover from injury.  The latest Madrid player in the news is Cristiano Ronaldo, who has been having sessions of Ozone Therapy for a knee problem which has troubled him for some time.  The injury is to his patella tendon, and is one of those troublesome conditions that seem to take ages to heal.  Usually developing gradually over a period of time without single specific cause, Cristiano’s condition can be very difficult to shake off.   This type of niggling injury can often be harder to treat than a badly sprained ankle; since the latter normally has a natural end point while tendon problems can seem to drag on forever.

Tendinosis is the common name given to Cristiano’s condition, but other titles such as tendinitis and tendinopathy are also used.  There’s a lot of debate about what the actual condition is called and the descriptions used might sound confusing or petty but the injury management is different in the early and later stages.  Players know this and are more aware of medical terminology than they used to be, plus the internet means easy access to information.  Although info on the web can vary and is not always accurate, Ronaldo and co will know what the appropriate treatments are for the majority of their injuries simply through first-hand experience.

Basically, the term ‘tendinitis’ implies that there is an inflammation  – hence the ‘itis’ in the word – meaning that an inflammatory component is present.  The confusion often arises when the condition has dragged on for months and the original inflammation has long since resolved but the tendon has not yet healed.  Once the inflammation has passed, the condition then becomes ‘tendinosis’ which signifies degeneration in response to chronic overuse. The general term in use is usually tendinopathy, which is a global expression indicating that damage is present to the tendon although it’s no longer warm or inflamed.

Tendinopathy is most common in the patella tendon, the Achilles tendon, and in the shoulder – although other areas of the body are susceptible as well.  Any tendinopathy for a footballer can be real problem; since the injury will be aggravated by certain movements such as jumping, stopping and changing direction for example.  By all accounts, Cristiano has been suffering from this problem for a long time now and has decided to tackle it via one of the latest approaches in the world of sports medicine  –  Ozone Therapy.

Ozone therapy is used for pain relief and to aid tissue repair.  Ozone is basically just oxygen with an extra molecule added which is developed into a specially-created gas.  This gas, which contains the enhanced oxygen molecules, is then injected directly into the injured tissues where the chronic inflammation and pain are present.  In Cristiano’s case, the injection of Ozone will be made directly into the patella tendon and increases the amount of oxygen delivered to the affected area of the body; this in turn stimulates an increased healing process as a result of the increased oxygen present.

The response is reported to be noticeable within a very short space of time and because the increased oxygen is a stimulant, tissue repair is enhanced.  Injections given directly into a tendon are normally contra-indicated; but this usually applies to steroid injections, not Ozone.  This is because steroid injections have been shown to significantly affect the structure of a tendon, leading in many cases to a rupture.  However, Ozone used in this way is an oxygen-enhancing stimulant as opposed to a steroid, and is therefore deemed safe to use on tendon injuries.

Many people including number of doctors believe that Ozone Injections work because of increased oxygen supply , however the latest studies indicate that the main effect of Ozone Injections comes from the activation of the Stem Cells. ( Dr. Dulitsky)

Players quickly get to know all this and are forever asking questions of the medical teams about the latest injury treatment methods and whether these will help their own particular conditions.

They also pick up on what happens in other sports.  When players are injured they’ll sit and talk to each other about their symptoms, and in every dressing room you will find players comparing their injuries with their teammates or colleagues.  Often, a player will have had a certain type of treatment, maybe while at a previous club, and if that treatment has worked then he’ll be tempted to share the information with the best of intentions.  When Luka Modric went to Vitoria last year to see Dr Mikel Sanchez, Cristiano had also considered trying out the same stem cell treatment that Luka had, but it was reported at the time that he felt the technique was too aggressive and that his tendon problem didn’t merit such a strong intervention at that stage.

However, time moves on and as the problem doesn’t seem to be going away, Cristiano obviously feels that conventional treatment isn’t getting him the right result.  That said, chronic tendinopathy is probably one of the most difficult and unpredictable conditions any physiotherapist will have to deal with in any football club.

Tendon injuries are notorious for their slow response.  In the early stages, the tendency is to shrug it off.  The tendon is stiff first thing in the morning and takes some time to get going, then as you begin to loosen off the irritation goes and the problem is often forgotten until the next morning.  This morning stiffness is a classic sign of tendinitis – as it is at this stage – and the whole thing is more of an irritation, a niggle, than an outright pain.  It is only once the injury becomes chronic and is beginning to hurt more and more that it becomes a real problem.  As we said, by this stage – and often several months down the line – the inflammation has gone and the player is left with a chronic degenerative tendinopathy.

The difference between tendinitis and tendinopathy / tendinosis lies in the presence of waste deposits around the affected tendon together with pain and increasing stiffness.  As tendons have a really poor blood supply, treatments such as Ozone and stem cell therapy are becoming more common in sports medicine due to their ability to deliver more oxygen-rich blood to the injured structures to enhance the healing process.  However, many doctors remain unconvinced by the process while acknowledging the theory behind the practice.

Ozone Therapy, Ozone Injections and Prolozone are unique regenerative treatments that proved by many clinical trials to be very effective against Degeneration. http://www.fixmyspine.com.au/ozone-i…